Skip to content
BRUCE LEE & WILLIAM CHEUNG
The Early Years
Before Bruce Lee was a martial arts star, he was a young actor, bullied by his schoolmates and often getting into trouble. In this 1992 interview, Wing Chun Kung Fu Grandmaster William Cheung recounts Lee’s early days of training and the difficulties he faced as a martial arts prodigy.
Today his influence is everywhere – in the spectacular leaps of an Ernie Reyes kata, in the sudden devastation of a Chuck Norris backfist, in the strategic theories of a Keith Vitali defence, in the unexpected angles of a Bill Wallace kick, in the delightful acrobatics of a Jackie Chan comedy; and even in the plastic nunchaku of the kid down the block. 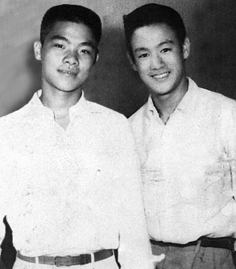 Bruce Lee spent his early childhood in Hong Kong occupied by thee Imperial Japanese Army, and grew to adulthood during the troublesome post-World War II years, when the communist triumph on mainland China sent a constant stream of impoverished refugees into the tiny British Crown Colony.
When Lee was six years old, the director of one of his father’s films spotted him hanging around the set and immediately asked to put the youngster to work in a major supporting role for an upcoming film. Bruce Lee’s film career was launched on that day.
“I first met Bruce at a party,” Cheung recalls. “My uncle knows a lot of Chinese operatic artists, and Bruce’s father was one of the most famous. So one day when I was about 10 or 11, my uncle said to me, “Come. We’re going to a place where a young movie star’s having a birthday party.’ So I said, ‘Wow, we’re going to see a movie star!’ Well, we went and Bruce was there. But at that first meeting I wasn’t really impressed with him because I was ignored completely. He was in the limelight. He probably didn’t even know I was there. We didn’t meet again until about a year later.” 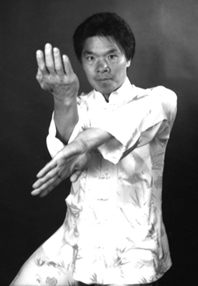 By this time Lee was a child star living in an overcrowded city where literally millions knew his face, and he had to cope with constant challenges directed against his personal identity, especially from his peer group at school. On the one hand, there were those who expected him to be the streetwise gang leader that he portrayed in his films, and on the other had there were all those who expected his screen image to be a hoax. A film star had to be a sissy at heart, they believed, ad a personal victory over the Little Dragon’, as Lee was known, would be an easy way to earn a macho kind of respect.
William Cheung remembers that Bruce Lee had a lot of trouble in his elementary school, in particular there was one overgrown member of his class who liked to intimidate the other kids. He used to extort their lunch money from them in exchange for ‘protection’. Eventually he got around to Lee.
‘All right, Little Dragon,” he said, “It’s your turn. I need some protection money from you, too.”
“Okay, sure,” said Lee. “I’ll fix you right up. But let’s go into the bathroom so the teachers won’t see us.”

The bigger boy followed Lee to the bathroom, but once inside, Lee abruptly shoved him against the wall, pulled out his pocket knife, and positioned the blade painfully against the boy’s stomach. The boy’s face turned white.
“Okay, now you take off your clothes,” commanded Lee. “All of them.”
When the boy had done what he was told, Lee grabbed his clothes and left, discarding them on the way home after school. Meanwhile, the boy locked himself into one of the bathroom stalls to be protected from the embarrassment of his nudity. Hours passed. He grew bored, then fell asleep.
By seven o’clock that evening, the boy’s parents had become panicky. He still had not come home from school. First they called the school, but nobody on duty had seen him. Then they called his teacher, who reported that she had not seen him since early that afternoon. Finally they notified the police.
The police began a major search of the neighborhood and school grounds. However, the boy was not found until much later that night when the drop in temperature awoke him. He began to scream frantically.
“Bruce got into a lot of trouble over that incident,” Cheung says simply. Indeed, the involvement of the police and the school administration of course came to the attention of Lee’s father. He became quite alarmed by the impact his son’s tough kid behavior and constant fighting were having on his studies, especially after the school asked Lee to leave. He made several attempts to combat the problem by trying to intervene in his son’s filmmaking career. But each time, the Hong Kong producers and directors dissuaded him.
The story of the bathroom incident quickly spread among the school kids throughout Hong Kong, gaining even greater respect and fame for the Little Dragon among his peer group. At the same time, William Cheung had already become quite notorious for his ability to beat elder students in battles of both brawn and wit. And since one of Cheung’s classmates was a member of Lee’s gang, the “Junction Street Eight Tigers”, a second meeting was arranged between the two. 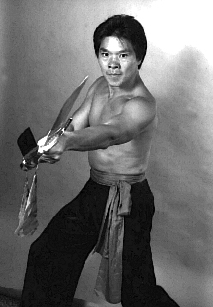 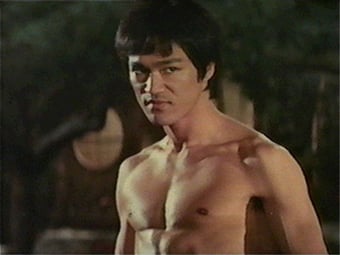 “By that time I had learned almost everything there was in wing Chun,” relates Cheung. “All I needed was time to practice. Bruce started visiting me at my parents’ farm in the New Territories every weekend when he wasn’t working on a film, until I left for Australia.”
Cheung reveals that he deliberately structured these training sessions with Lee so that they became experimental in nature. His reason was an important one. During the several years that he lived with Yip Man, Cheung discovered that the Grandmaster withheld key elements of the Wing Chun system from his commercial instruction. Specifically, Yip Man did not teach the system’s authentic footwork, nor its applications in closing the gap through Wing Chun’s ‘theory of four fighting ranges’. Instead he taught modified patterns that were quite rigid, quite immobile, and quite impractical. The same patterns are still taught to Wing Chun students throughout the world today.
Yip Man made Cheung vow that he would never teach the complete Wing Chun system for as long as Yip remained alive. So Cheung engineered practical situations for Lee which emphasized the weaknesses in the modified Wing Chun. “I was in a situation where I had to influence Bruce to ask himself a lot of questions,” explains Cheung, “because I could not show him, and even made him irritated so that he would sit up and think, ‘Why?’ trying to find out himself.
In 1958, one of Lee’s school teachers tried to re-channel the young film star’s obsession with street fighting into a more respectable direction, convincing Lee to join the school boxing ream. Lee agreed, but refused to train with the team, and appeared not to be training at all, leading his classmates to think he was crazy. Behind the scenes though, Lee entrusted his tournament preparation to William Cheung. “I trained him in boxing for the boxing contest,” confirms Cheung. this was his first boxing fight so he was very inexperienced. After the first round he settled down, and won very convincingly.
“Bruce was very competent by then. He had a few contests with other styles, and enjoyed beating them. His understanding was much greater than the people who were teaching. He was always criticizing the modified footwork, saying, ‘Look, why is it like that? Why do I have to do this?’ But I could not tell him. I’d given my word. He never knew,” relates Cheung.
Years later in the film Return of the Dragon, Lee would play a country bumpkin who was trained in Chinese boxing on a farm in the New Territories. The picture was written and directed by Lee, and the origin of the story is an obvious tribute to the training experiences Lee had with William Cheung.
Although the summer of 1958 proved very productive for the Little Dragon, giving a critically acclaimed performance in Orphan, Lee’s first starring role, autumn brought another confrontation with the police. “This is the incident which caused him to stop seeing the Junction Street Eight Tigers and eventually to come to America,” recounts Cheung. “They did some shoplifting and we were taken with them. They ran so we had to run too, but we hadn’t taken anything.”
Shortly afterwards, both William Cheung and Bruce Lee decided to make a new start at life, away from the street gangs of Hong Kong, by attending school overseas. Cheung joined his brothers in Australia, whereas Lee, who had been born in San Francisco, returned to America and took his rightful place as a US citizen.
Extracted from “Best of Blitz” Collector’s Edition Vol. 3 www.sportzblitz.net